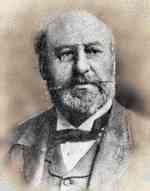 1837One of the first locomotives to run in Russia, a 2-2-2 type, was supplied for the St Petersburg Pavlosk Line. Two 0-4-2 goods engines were delivered to Kaiser Ferdinand Nordbahn of Austria. LElephant was supplied for the Belgian Railways.  Four single drivers were delivered to Germany for the Berlin and Potsdam Railway. London and Greenwich Railway received its first locomotive from Vulcan Works. Three seven-foot gauge locomotives named Vulcan, Aelas and Bachus were delivered to the Great Western Railway.1846The earliest side tank engines for any railway were built and delivered to Ireland for the Waterford and Kilkenny Railway.1847Vulcan Foundry took over its subsidiary firm the Bank Quay Foundry of Warrington.1851Hornsbys portable steam engine took first prize at the Great Exhibition held at Crystal Palace.1852

Regrettably, the ship was wrecked in heavy storms in the Irish Sea on her maiden voyage to Australia and of the 652 people on board, 380 lost their lives 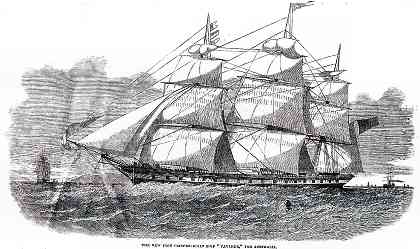 Vulcan Foundry exported eight 2-4-0 passenger locomotives to India for the Great Indian Peninsular railway. These engines operated the first public railway in India from Bombay to Thana. Between 1852 and 1952 Vulcan supplied nearly 2750 locomotives for service in India, an average of more than one a fortnight for 100 years.1857Joseph Ruston went into partnership with Burton & Proctor, a Lincoln firm of millwrights and smiths, to form a new company entitled Ruston, Burton & Proctor.1860Despite the tragic wrecking of the Iron Clipper Tayleur the Bank Quay foundry continued to build more tea clippers. In addition to its shipbuilding work the foundry also fabricated much of the ironwork that was used in the construction of the Conway Bridge and the Britannia Tubular Bridge over the Menai Straights, between Anglesea and North Wales. The Bank Quay Foundry was not to prove a successful investment, however, and closed in about 1860.1862Single driver express passenger locomotives were supplied to the South Eastern Railway. The 87.5 mile run took only one hour fifty five minutes.1864A limited liability company was formed with Mr W F Gooch as General Manager.1866Ten broad gauge saddle tank engines were built for the Bristol and Exeter Railway. Their tank capacity was 530 gallons plus an additional 740 gallon tank located below the footplate.1871Vulcan Foundry supplied Japan with their first locomotive, a side tank type with 4ft 3in coupled wheels.1872/3Farlie Patent double locomotives were built and supplied to New Zealand, North America, Mexico, Portugal, Peru and Queensland.1884Vulcan produced its one-thousandth locomotive in 1884; this was a 2-6-0 tender engine of 3?-6″ (1.1m) gauge produced for the New Zealand Government1887Ruston Steam Navies helped to build the Manchester Ship Canal.1888The first ten wheeled tank engines with inside cylinders were built at the Vulcan for the Taff Valley Railway.1890Five passenger tank engines were supplied to Rhymney Railway. These were the only engines in the country with saddle tanks combining the features of the 2-4-2 wheel arrangement with double frames to all wheels except the trailing pair. By the end of 1890 the work force had grown to 555 men.1894Ruston, Burton & Proctor produced their first commercial oil engine.1894/6Twenty-four 2-6-0 tender engines were supplied to the Indian Midland Railway. Extended taper form smoke boxes gave them a novel appearance.
1904The Vulcan design for a 4 cylinder Atlantic type balanced compound engine was accepted by the Great Northern Railway. Features included the Vulcan patent starting valve and reversing gear.
1914The three thousandth locomotive was completed – a broad gauge 2-6-2 type for Great Indian Peninsular Railway.
1914/8Vulcan war production included shells, gun mountings and Paravanes (mine sweeping devices).  Ruston Burton & Proctor built almost 3000 single seat light aircraft at Lincoln.  Between 1916-18 Rustons built about 500 Caterpillar tractors for hauling guns.
1918Ruston acquired the firm of Richard Hornsby & Sons.
1922/3Twenty 4-8-0 type locomotives were built for the metre gauge Uganda Railway in the Kenya Colony. Fifteen were designed for oil burning the remainder for coal.
1929The first non-steam locomotive was built at Vulcan – an electric locomotive for India.
1930Front page news when Vulcan, pioneers in transporting locomotives by road, despatched their first engine from the works by road in January.
1932Design work commenced on the first diesel locomotive to be built at Vulcan Foundry.
1933Vulcan Foundry entered into an agreement with A/S Frichs of Aarhus, Denmark for the building of diesel locomotives.  The English Electric Company Limited supplied the first 6K engines to be used in rail traction. These were for diesel electric shunt locomotives.
1934/5One hundred class 5 engines were delivered to London Midland and Scottish – an indication of the tendency to develop a first class mixed traffic loco capable of hauling any train.
1935 The largest locomotive (in overall dimensions) built to date at Vulcan. Twenty-four 4-8-4 locomotives were built for the Chinese National Railways. The overall length of engine and tender was 93ft 2.1/2ins.

Two hundred and fifty light tanks were built to War Office specifications (subsequently to see service in the Second World War in Flanders and North Africa).
1936Vulcan were invited to design and develop an entirely new tank.
1937The locomotive business of Hawthorn Leslie merged with Robert Stephenson and Company, under the name of Robert Stephenson and Hawthorns Limited.
1938Pilot models of the Waltzing Matilda tank were ready for trials.

1940Matildas in action on the Western Front (and later in North Africa, Russia and the Pacific). The Companys agreement with A/S Frichs ended (due to the hostilities). A new agreement signed with the Dury Car Company Limited, for the manufacture of diesel mechanical locomotives. Ruston & Hornsby Limited took over Davey Paxman & Co (Colchester) Limited.
1941King George VI and Queen Elizabeth visited Vulcan Foundry.

1943/5Over five hundred 2-8-0 Austerity type steam locomotives were built for use by the War Department.
1944Vulcan Foundry acquired Robert Stephenson and Hawthorns Limited. In 1944 the workforce reached its peak of 4,128 employees.
1945

Total contributions by Vulcan to the war effort in terms of military equipment:-

1998Three major contracts for the supply of diesel engines for rail traction saw the revival of Rustons involvement with railways.  Ruston success was rewarded with the presentation of the Queens Award for Export Achievements. GEC ALSTHOM floated on the Stock Exchanges as ALSTOM, Ruston and its sister companies became part of ALSTOM Engines Ltd. Catlink V, a larger version of Hoverspeed Great Britain and powered by 4 Ruston 20RK270 engines awarded the Hales Trophy

2001 On the 17th May 2001 the announcement was made to the employees at the Vulcan Works that, by the end of the year 2002, the site would be closed and the business transferred to the MAN B&W Diesel Ltd, Mirrlees Blackstone site at Stockport in Cheshire, England.