The “Guardian”- is not the only local organisation? which is at the present time celebrating its 50th anniversary, for half-a-century back, “The Newton Nurseries” were digging a foundation upon which has been built a wonderfully successful business concern.

It is 50 years ago this March since Mr. John Randall was appointed to act as manager at the Nurseries by Mr. Hilton (manager of Messrs. McCorquodales) who had procured the grounds for his son George, when it was vacated by Mr. Fred Pennington. 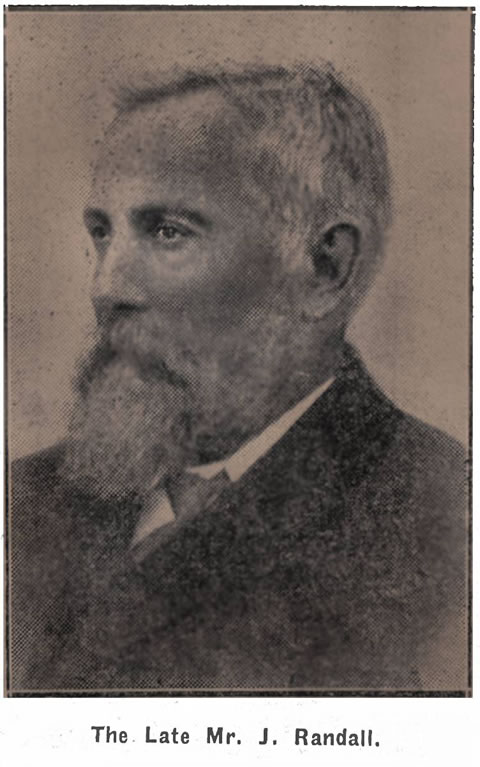 After years of struggling and hard work against great odds, weeds having to be mown down with a scythe, and young plants perishing through the chemical fumes which blew from St. Helens, this veritable wilderness became a garden.

Later Mr. Randall became partner, and on the death of Mr. Hilton, proprietor, continued to develop eight acres of land as a general nursery.

The growing and sale of bulbs were later added to the business. Landscape gardening of every description was undertaken, and the supplying and planting of the trees and shrubs in the largest section of the park for the late Lord Gerard was amongst the earliest large undertakings. This was later taken over by the Ashton-in-Makerfield Urban District Council.

The seed business demanding more convenient promises, the shop in High Street, was opened as a seed, bulb, garden requisites, and high-class florists business. To-day it is the principal business of its kind for miles around.

All the trees and shrubs required for the laying-out of the now Mesnes Park at Newton-le-Willows, were supplied from the nursery.

The grounds contain a fine bowling green , the oldest in the district, which is the home of the Nursery Bowling Club. 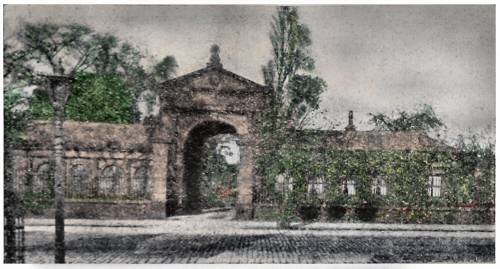 To revert to the founder of the business, however, lot us remark that his was a genial personality, ho was a true lover of horticulture, and over ready to assist anyone who had a piece of garden in which to grow anything. He, together with the late Mr. Richard Anderson, the late Mr. P. Frost, the late Mr. Harrison, and Mr. T. Wilkinson (a hale and hearty veteran still going strong) and others, founded the Newton Horticultural Society, which had a successful run of some 25 years, and would probably still be going strong had not the War caused it to be dropped.

Mr. Randall had a family of 11 (10 of whom are still alive) five sons and six daughters. Five of his children are still living in the district. The combined ages of thoso living, we are informed, is about 544 years.

The present proprietor is Mr. Sidney Randall, who succeeded to the, business after managing it for sonic 11 years, on the death of his mother in 1925. Devite his business ties, Mr. Randall finds time to devote his attention to work of quite another nature-this of course in what are generally termed leisure hours. 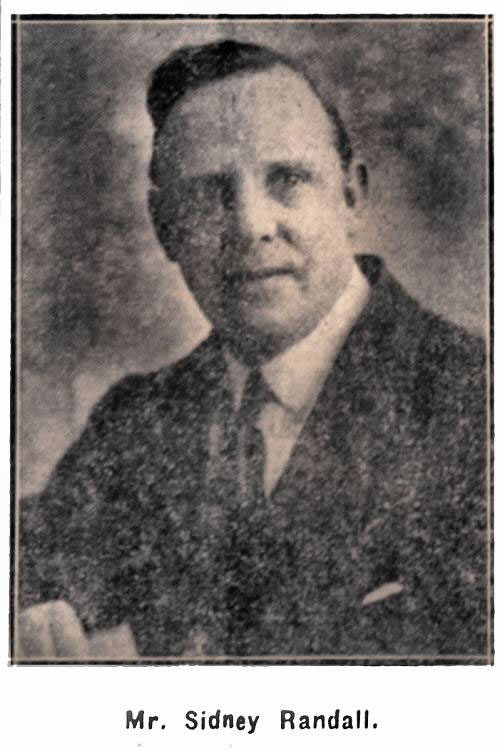 He is well-known locally as an entertainer and humorist, and as such is greatly in demand. He is a director of the Milton Players (who have raised over ?400 for charity), a local amateur society of considerable merit, and can make himself at home in almost any role.

He is president of tho Nursery Bowling Club, and a valued member of the team. 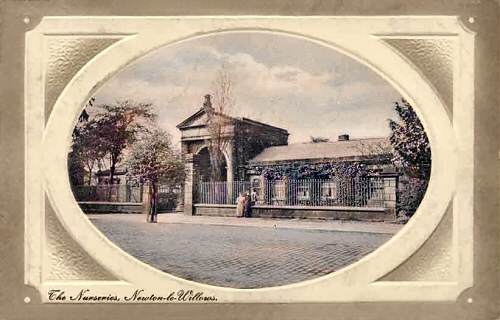 The structural entrance to the Nurseries (as shown above) is rather historical, a huge archway with a rams head on the top, together with the hand and banner on a shield like stone (being a representation of the coat of arms of the Lord of the Manor, now Lord Newton).

The archway and buildings on each side were brought from a place a mile away, and rebuilt on the present site, probably a century ago?as a market place?which was not a success.

Since the advent of town planning schemes, the nursery and landscape side of the business has been greatly developed, and many contracts have been carried out for various urban district councils, and also the Lancashire County Council.

Quite recently, as reported in these columns, the large contract in connection with the development of the grounds and playing fields at the Newton Secondary School was secured by the firm.(2)