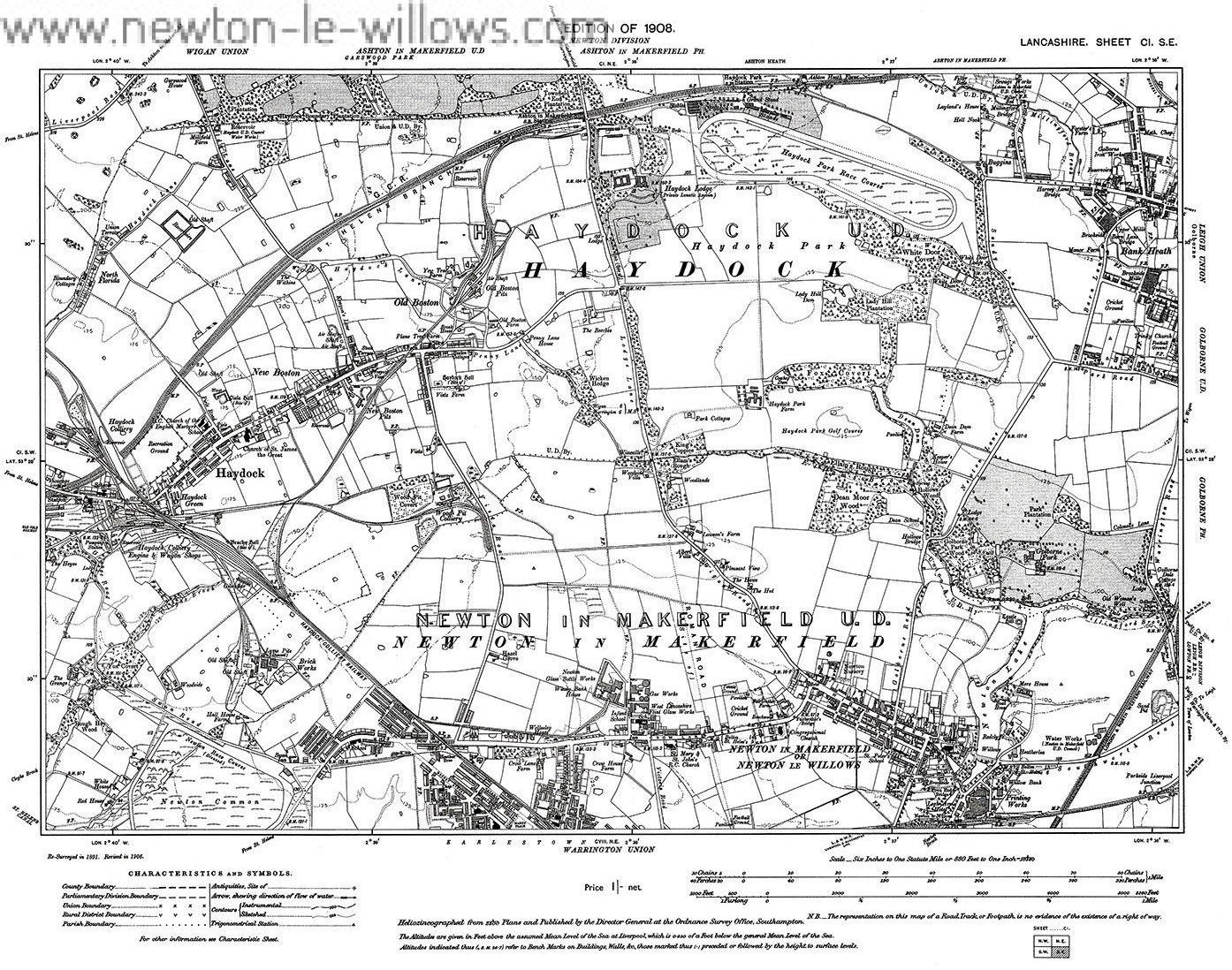 Sir Peter Legh acquired Haydock Hall from the Duke of
Exeter in 1461. Previous to this, Hugh de Haydock supposedly lived there in the thirteenth century. The hall is located on the southern outer limits of the core. The manor house and moat were destroyed sometime before the mid-eighteenth century. (4)

Bruche Hall, a moated site south of Haydock Green, is
first known from the Legh survey of 1466. By 1602 the property was sold to Peter Legh of Lyme whose family held it until the late nineteenth century. The hall was demolished by 1896 and is now lies under five metres of spoil. The moat has been destroyed (5).

Haydock Lodge was thought to be of considerable
antiquity. It was at one time used as an army barracks and lunatic asylum. (4)

Evidence for Prehistoric activity in the area is scarce. A perforated stone hammer represents the only discovery from this period in Haydock. Poor drainage and heavy soils would have probably discouraged early farming activities and settlement. (4; 6)
The only evidence surviving for the Roman period in
this area would be the Roman road running adjacent to Haydock Park linking Warrington to Preston, running through neighbouring Newton-le-Willows. (4; 6)
Significant Post-Med Activity: The rapid growth of Haydock was a result of the coal mining industry surrounding the town.  Previous to this the area had been dominated by agricultural practices. Haydock colliery (now built over) and numerous other coal pits were located on the outer fringes.   The success of such an industry relied, in part, on the Sankey Canal that provided access to coalfields in St Helens and saltworks in Cheshire and Liverpool. Haydock railway, now disused, and other wagon ways assisted in servicing the collieries. (4; 7)