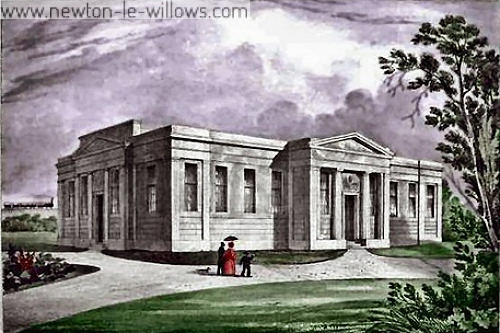 The South Lancashire Conservative Association has scarcely been founded three years, and yet during that short period it has enrolled as members all the talent, wealth, and influence of that portion of the palatinate from whence it takes its name. To perpetuate the society a building for the accommodation of its members has been erected since the last anniversary dinner, which is at once the most prominent object in the town of Newton, and we trust will be a lasting monument of the good old English feeling which raised it.

The Conservative Hall is situate at the back of the Legh Arms Hotel. The principal front has a bold Doric portico in the centre, with fluted columns, surmounted by a pediment. The windows are raised upon a rustic basement, and the royal arms into alto-relievo are to be placed over each entrance door. The other fronts are similar, with the exception of pilasters being substituted for columns. The interior is divided into three compartments by sixteen light cast-iron columns, with frieze and cornice above, sup-porting the roofs. The ceiling of the centre roof is circular, and a few feet loftier than the sides, and there are four recesses in which galleries may be hereafter erected. The external dimensions of the hall are 121 feet in length and 86 feet in breadth. The interior there-fore is sufficiently capacious to admit of eight tables, each 90 feet long, with a cross table at the end of the room of 54 feet in length for the president. These tables will accommodate about 1,000 persons; and, in addition, there is an anteroom which, by throwing open the folding doors, will afford space to dine 200 persons more.

The building, still in an unfinished state, was planned by Mr. Richard Lane, of Manchester, under whose superintendence it was erected.

The Hall was first opened yesterday (October 15th, 1835) to celebrate the third anniversary of the association for whose convenience it was raised, and for that occasion was tastefully and elegantly fitted up by Mr. Doveton, of Manchester. The walls were hung with blue and white glazed calico, fluted and ornamented with fancy drapery and rosettes made of the same materials, which extended round the cornice of the room.

On the centre of the wall along which the cross or president’s table was placed, was suspended the banner of the South Lancashire Conservative Association, the Imperial Crown of Great Britain richly emblazoned, the Union Jack, and the following inscription in gold letters, “The Conservatives of South Lancashire may their priciples and numbers grow with their growth and strengthen with their strength.” Beneath the crown was the following motto: “King and Constitution, in Church and State.” On the right of the banner was hung a full-length portrait, painted in oil colours, of our late “good old King,” George the Third, and, on the left, another of our present monarch, William the Fourth. These are copies of the pictures in the Town Hall of Liverpool. – When lighted up the Hall presented a scene at once grand and imposing. Eleven elegant chandeliers, with ground glasses, were suspended from the ceiling. In addition to these, two projecting lamps were affixed to each of the eighteen cast-iron supports of the roof. A commodious orchestra on one side of the room was filled by the Manchester band, and another gallery above the vice-chairman’s seat was appropriated to the accommodation of ladies, who were admitted by tickets granted by the committee of management. 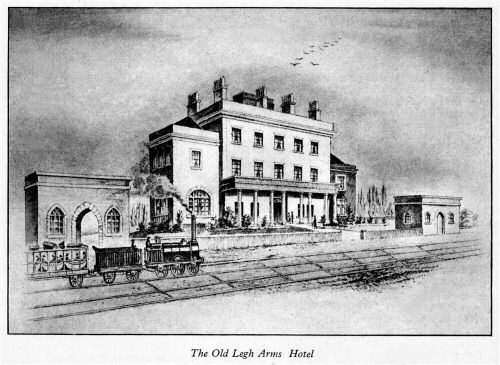 At half-past three o’clock the trains arrived from Manchester and Liverpool. when the company began to assemble, and the rolling in of equipages of every description from different parts of the county gave to the town an unusually animated appearance. At five o’clock the company assembled at the dinner provided by Mr. May, of the Legh Arms. Each of the long tables had a vice-president, namely:

Other distinguished guests present were: 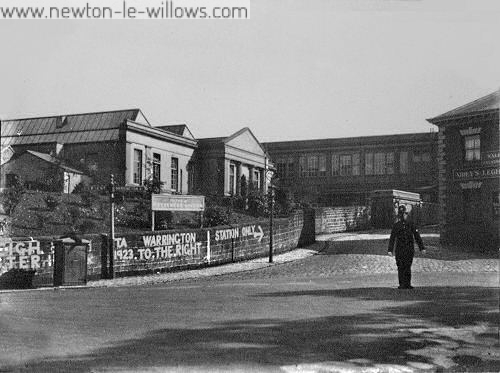 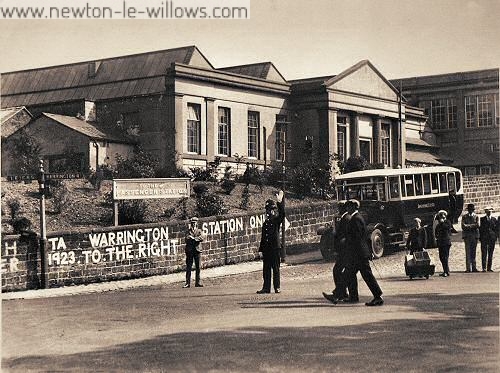